Alrighty then, here we are! Post is a little late but the Proton Pack is all done.

The “Neutrona Wand” or Proton Gun was the last thing to be modeled and was a lot of fun, though quite finicky (the blueprints available weren’t quite right across the board so I needed to source a shed load of reference images). I handled the tube running from the gun to the pack the exact same way as the others in the model but for some reason it decided to be contrary so I had to work into it and tweak it manually. Still, looks pretty good I think!

Images of the gun and the completed pack are below, plus a turnaround of the final pack.

Next up: A new animation and lip sync project!

Slight delay this week (have been working on a little bit of animation) so a bit of a monster post instead! A lot of the work at this point was almost “more of the same” for what had already been done. This week I have the last few parts of the actual pack itself. We have:

The gear box, power cell, and gun mount are very similar so I could reuse the assets a bit. The gear box has a few little fiddly details that I only really spotted when building and when trawling the replica prop forums for detailed images. Nothing hugely difficult, just vexing to my OCD at having to rework (when it will probably never be seen!).

The process I used for the cable that comes from the generator is basically the same for all other cables that are seen throughout the model. For the repeating pattern seen in the cable I selected a number of polygons (the highlighted red in the image) and duplicated along a curve. For the tube cables, they were just extruded along a curve.

I think the ribbon cable is my least favourite part about the model, simply because it looks untidy. Saying that, in the real props it looks untidy so I guess it works.

I left the bumper until last because it really felt like the final piece of the pack, and there was a huge sense of completion with it. Of course once I finished it, I remembered I had to make the Alice pack frame… But that turned out to be a lot of fun.

I’ll have the final assembled pack in the next post, as well as the proton gun! I also may end up doing the trap for completionists sake…

Happy Tuesday to everyone. I’m going to continue with showing the progress of the 3D model of the Proton Pack I’m building. I forgot to mention in the last post that all of the modeling is being done in Softimage. I could have done it in Maya or Max but I honestly just find the modeling tools (and interface) in Softimage far nicer. I won’t mention about it being discontinued this year…

Anyway, I continued following Stefan Otto’s blueprints from GBFans.com (http://www.gbfans.com/wiki/Stefan_Otto%27s_Prop_Plans), so next up was power cell, booster & eda, and the ion arm. The image below shows what I’m talking about:

The power cell was handy enough. Basically just a box with a bit of detailing and two cylinders sticking out the bottom. Again, the booster was pretty handy as well. The booster bracket (the bit in front of the tube) was fun to model – added a bit to the polycount but fun none the less. I don’t know why but the little curved edge (where a cylinder would sit) near the base on the right really broke my brain for 20 minutes or so. Ended up redoing it. Such a silly thing to get hung up on.

The ion arm was next and this was where I really started to enjoy myself. The minutiae of detail that the GB fans put into these replica packs is mind-boggling. The Dale PH25 Resistor (which is a real resistor) caused me to make a very confused face for a good half hour. All these little details were great to get stuck into, as how they worked and how they fit into the pack really got the ol’ grey matter going. Once we start adding wires and cables down the line it’ll really start to come to life.

That’s it for now. Another post or two and that’ll be that.

Have a good one

Alrighty, let’s get down to business.

So I have a moleskin that I use for pretty much everything: show and story ideas, game design, game ideas, sketching, notes on rules for tabletop games, scheduling for projects etc. In this notebook I also have a page where I’ve jotted down ideas for various projects I could do in 3D (I also track some things on Pinterest: https://www.pinterest.com/emmetation/3d-modeling-ideas-tutorials/)

One of said ideas is a Proton Pack from the movie Ghostbusters. Hence the video above. The proton pack looks like this 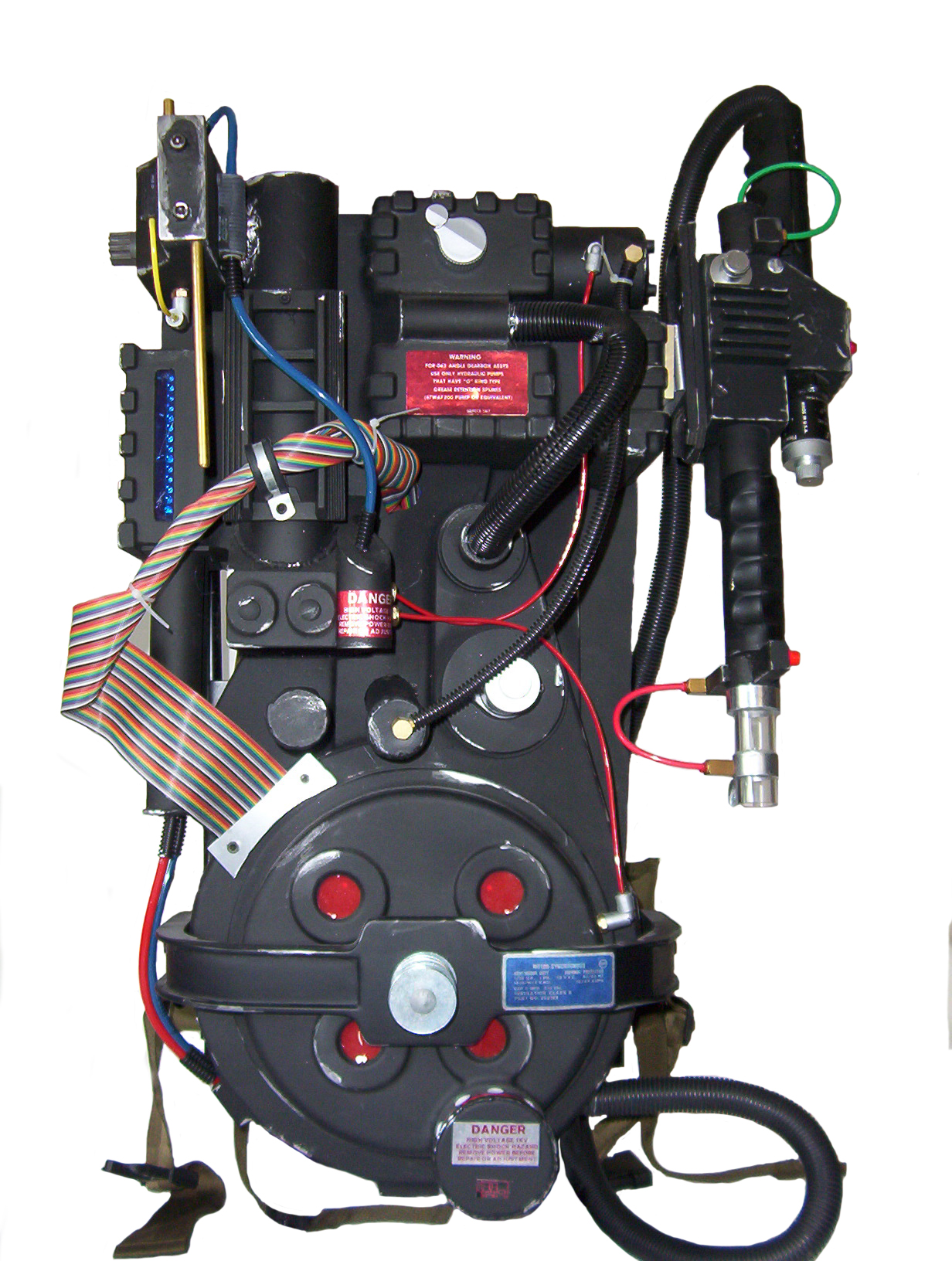 I set out to model a Proton Pack in 3D. Ghostbusters is tied with Back to the Future and The Lion King for my favourite movie of all time, so I’d be damned if I was going to half ass it.

The first step (as with basically all 3D models) was research and reference. I jumped on to Google and got to work. I found a heap of great reference from the film itself but the biggest help was the replica prop community. These guys know their stuff, and there is an enormous Ghostbusters fan base. Here’s a few of the most beneficial links:

I basically followed the blueprints from GB Fans first, as it gave a front, side, and sometimes top view of all the elements. Here are the first few items modeled:

That’s it for now. The next few blog posts will follow the rest of the process.

This is the first of what I hope to be many posts on the new blog/website. My old blog had been on life support for about 3 years so I decided to do the humane thing and put it out of its misery. Considering how long it had been since I had updated it, I’ll probably carry over very little but if there’s anything worth salvaging I’ll haul it over here.

There are a number of reasons I have for starting a new blog:

That’s it really. Though the website will serve as showpiece for my professional and personal work, I’m hoping to be a bit freer with the blog and plan to include elements of game design and game theory, board games, and general nerd culture.

That’s it for now. Cheers.